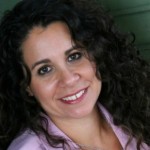 “The struggles only made me stronger. I wouldn’t change a thing.” Maybe you’ve even said it to try and ease the pain of your writing journey.

While the first part of that statement may be true, struggles do make us stronger, to be honest, you wouldn’t change a thing? Really? Oh, I don’t know. I can probably go back through my entire life and finds things that I would change. But let’s focus on my publishing journey.

Would I change the fact I thought I had to shelve my writing for ten years while I raised my kids?

Yep, I wish I would’ve found the support of other writing women and organizations like ACFW sooner so I could slowly improve my craft instead of diving in like a mad woman (and messing up my priorities) when I thought the timing was right. Thankfully for young moms today, the internet is overflowing with helpful writing blogs and support groups. You don’t have to wait to write. I wish I would’ve had the resources ten years ago that you have today.

Would I change the fact I struggled to find the balance between writing, homeschooling, and life?

And still struggle to find the time to write while constantly feeling pulled in every direction? You betcha. It would’ve been much easier to figure it all out instantly and not have to continue to struggle in this area, but then again, I wouldn’t have founded Writer…Interrupted, a website where I encourage other busy, interrupted writers trying to balance life and this writing thing.

Would I change seven years of writing rejections and heartache?

Okay, that’s a no brainer! But it only made me stronger, right?

What about changing the years I spent doubting my abilities only to have my agent, Chip MacGregor, repeatedly tell me that I was a good writer and one day “it” would happen. While he can’t do everything (for example, Chip cannot pronounce Sacajawea correctly or do the Lindy Hop), he was right about my writing. After seven years (or eight, I lost count) of pursuing publication, my novella with Barbour released last December and Digging Up Death, the book he signed me with four years ago but didn’t sell at first, released this past November. Though I would’ve changed the timing and process of it all, Chip was right. It did happen.

Do I wish Digging Up Death would have sold the first time around?

Sure, I guess but God has His own agenda, even if I don’t agree with it. In my finite wisdom, I’ve tried to make sense of the waiting period, and can only hope that now as a more established writer, my reach can go farther than it would have four years ago. At least that’s what I’m telling myself.

Would I change all the worrying and “trying to make it happen” I did over those seven years?

Absolutely! There is freedom in surrendering the process to the One who gave you the gift. You should try it sometime.

Would I change the fact that those I mentored got published before me?

Um, did you really have to ask? Being left behind isn’t fun, but I’ve learned that while it would’ve been easier to have had things my own way, I would’ve missed the things I needed to learn to get to where I am… so I can be a better writer.

I could go on and on with things I’d change, but why? While journeying this crazy writer life, it’s easy to fall into the ‘woe is me’ role, believe me, I’ve been there…still visit on occasion, but over the years I’ve learned not to look at my writing journey or hardships with regret. I’ve also realized that I’d be lying if I spouted “I wouldn’t change a thing,” because I would. Instead, I choose to look ahead to the road in front of me. Be it easy or hard, I’ll face it knowing at least I’m moving forward.

Where are you in your writing journey? Are you living in the land of “woe is me” or are you moving forward?
Share :