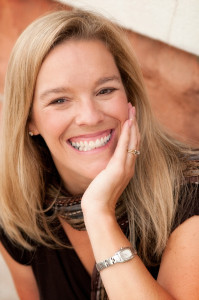 Last spring, I was sitting in a class offered by a nationally renowned writing coach at a local writers conference. The coach was leading us as we brainstormed a story. The set-up—an English teacher who hated his job. “Why does he hate his job?” she asked the room.

I quipped, “None of his students know where the commas go.” 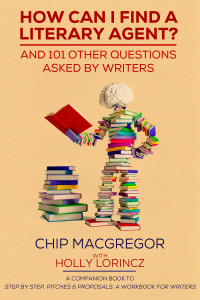 I was joking, and my friends laughed, because they know how I am about grammar. The word “Nazi” has been floated more than once.

The writing coach laughed, too. And then she said something I can still hear ringing in my ears. “Knowing where the commas go isn’t really that important.”

I didn’t argue the point at the time. Not out loud, anyway. From her perspective, grammar wasn’t important. She was there to teach us plotting and story crafting—and I was taking copious notes. But the idea that a bestselling author would say that grammar doesn’t matter gave me nightmares.

The fact is, knowing where the commas go is incredibly important. So is knowing how to spell. Knowing how to write fresh dialogue is vital to being a novelist, and so is the ability to punctuate it. Of course, no great novel exists without believable yet larger-than-life characters. And even with all that, if the plot is broken, the book will flop.

And most of that stuff has to be learned. As a novelist, perhaps you started with some skills. Maybe you had an inherent understanding of point of view. Maybe you came to the game with a unique voice. Some folks are great at creating quirky characters. Personally, I came to this quest with a great grasp of the minutia of writing—those commas and I have always been friends. (If I’d gotten to choose, that’s not the talent I’d have picked.)

So there are a thousand things you have to know. And perhaps you came to writing knowing a couple hundred of them—that still leaves a lot to learn. On the other hand, even the so-called natural-born writers can’t have started their first books knowing everything. Like us, the “naturals” are learners—plugging away for hundreds and hundreds of gut-wrenching days to achieve that “overnight success” we’re all hoping for.

I had the privilege of listening to another great writing coach, the brilliant James Scott Bell, at the Write Well, Sell Well Conference in Oklahoma City last month. He talked about how, early in his writing career, he would identify an area he needed to work on and then set about to learn that one thing. At one point, he decided he needed to learn plotting—and he did, to the point that he wrote one of the best books on the subject for novelists—Plot & Structure. When he got plotting figured out, he moved on to another weak area, and then another, and so on.

He worked hard to improve. Consequently he’s winning awards with his fiction. Was he a natural-born writer? What would that look like—somebody who knows it all? Impossible. Perhaps a natural is a person with some inherent talent and the drive and ambition to learn what he doesn’t know.

I’ve been doing the same thing as Mr. Bell for some time. I’ll discover an inherent flaw in my writing, and then I’ll focus on that. When I improve—after lots of work and practice—I’ll move on to something else.

Meanwhile, I keep writing and publishing books. My books aren’t perfect, and they never will be. But thanks to an excellent agent (thank you, Chip!), a whole lot of great critique partners, and a professional editor, they’re enjoyable. And besides, perfect is an impossible standard. Right now, I’m just reaching for better. Better than my last book, better than the one before. Better, always. And never to believe I’ve arrived—because as soon as I think I’ve learned it all, I’m sunk.

I don’t have to be a natural-born writer—but I do want to look like one. Someday.

Robin Patchen is one of the contributing editors to Five Editors Tackle the 12 Fatal Flaws of Fiction, which is available for preorder now and a great place to learn some of those thousand things you need to know. She lives in Edmond, Oklahoma, with her husband and three teenagers. Her third book, Finding Amanda, released in April, and its free prequel, Chasing Amanda, released in July. When Robin isn’t writing or caring for her family, she works as a freelance editor at Robin’s Red Pen, where she specializes in Christian fiction. Read excerpts and find out more at RobinPatchen.com.