What with the struggles of Christian fiction over the past couple of years, one of the most frequent questions I’ve been getting has to do with the potential shift of writers from CBA to the general market — specifically, Can a CBA novelist move to a traditional publishing house in the general market?

My answer is quick: Potentially you can, but it’s very tough to do successfully. 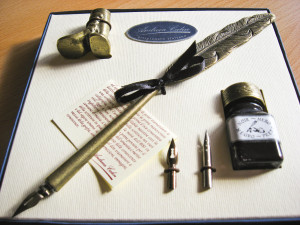 shrinking, there are fewer legacy publishing houses releasing fiction, and those that do focus on fiction have generally been trimming the number of titles they release. That’s particularly true with literary fiction, where there are just a handful of traditional CBA houses who do any literary titles at all. And while there are a number of new, smaller presses popping up with titles aimed at religious readers, few have shown staying power and nearly all of them are focused on category fiction (most often romances, though there are also some cozy mysteries, romantic suspense, and even some spec fiction titles available).

In addition, traditional CBA publishers have heavily relied on brick-and-mortar stores to move their books, and the disappearance of so many Christian bookstores has hit publishers extremely hard. The potential closing of Family Christian Stores, the largest chain of religious bookstores, has been a scary proposition for CBA publishers, as I’ve noted on this blog in the past. A recent study done on the buying habits of those who read Christian fiction demonstrated their reliance on finding titles in brick-and-mortar stores. So we have as many writers as ever, but trying to do books in a market with fewer publishers, who are doing fewer titles, available on fewer stores shelves. That’s the problem, in a nutshell.

The potential answer for many authors has been to try and take their stories to the broader general market… and it hasn’t been working. Why? First, understand that much of CBA fiction is dominated by the conservative evangelical brand of Christianity, and the general market isn’t interested in those types of stories. It’s not that they are closed to faith, but people who aren’t part of that culture can’t be expected to embrace it. A writer who grows up in the evangelical culture, who is surrounded by the American evangelical milieux, often isn’t going to know how to speak to a broader audience. (Again, I happily represent a bunch of Christian authors, so I’m not criticizing — only trying to explain the issue.)

We can argue over this point, and I expect a bunch of CBA writers to tell me that, no, they know how to interact with the culture, etc. I’m sorry, but I’ve been working with both religious and non-religious texts for years now, and in my experience, most novelists in CBA struggle mightily to write to a broader audience. They don’t know how to stop using religious language. Their examples are often Bible-based. The situations they describe are frequently the things talked about in church. They over-worry about sex and strong language. Again, I’m not slamming these folks; I’m explaining that many writers in that situation will logically struggle when trying to reach a non-churched audience.

Second, CBA authors struggle reaching out to a general market audience because there really is no “crossover” market. Listen, I represent both Christian and general-market fiction, and I’m regularly pitched book ideas by writers who want to appeal to both markets. That almost never works — the books end up being too Jesus-y for the general readers, and too worldly for the Christian readers. What’s intended as a blending of the two cultures ends up in no-man’s-land. They appeal to neither side, and nobody buys the book. (And yes, it’s true that on rare occasions a book like The Shack will find an audience in both markets… but it’s the exception that proves the rule. Books like that are so rare that, when one pops up, it’s news.)

Third, writers of Christian fiction, particularly Christian literary fiction, tend to write small, quiet stories. That makes sense, when you think about it — the notion of faith is a personal thing, and a story about it is often one about thoughts, motivations, and internal decisions. I would argue the bulk of literary novels in CBA have been rather quiet stories about people who face some life event and make an internal decision. They are often small stories, and largely thoughtful. And that’s a problem in the general market, where they are usually looking for big, noisy, banging-around-in-the-mess stories. (Yeah, I’m generalizing. There are examples of big CBA literary stories, and examples of quiet general market stories. But overall, this has been a problem for authors trying to move from CBA to a broader audience.)

Fourth, I believe there is a significant difference between CBA and the general market in terms of the purpose and the perspective of fiction. To many Christian novelists, the purpose of art is largely theological (i.e., it should evangelize, it should glorify God, it should illuminate Scripture, etc), and their perspective is therefore to write books that demonstrate that truth. To many writing non-religious novels, the purpose of art is varied — to entertain, to reflect, to challenge, to reveal, to make a statement. I think it’s fair to say many artists would say art has no purpose; it just exists. And their perspective is that art is a means of expressing ourselves, even if that expression is unkind or unfair or unholy. That’s a far cry from the CBA purpose and perspective. So someone who is outside of the American evangelical camp tends to look at CBA fiction and think, “Why are you spending so much time on God-talk?” or “Why are you trying to proselytize me?” The two groups are speaking different languages, and going after different goals. There are certainly some similarities, of course — in both technique (characters we like, a strong story arc, etc) and in tropes (good vs evil, redemption, etc). But there are fundamental differences, and it’s why most CBA novelists won’t make it in the general market.

Now, having said that, I continue to believe in inspirational fiction, and to hold out hope for a more varied publishing landscape for Christian writers. I’ve helped some authors move successfully from CBA to the general market, but they’ve had to change how they view their work. There is a movement among many Christian novelists to make fiction more realistic and less theological, though they struggle with finding traditional publishers and sales venues. There are also discussions at some CBA houses to create new fiction lines that won’t be limited by the old strictures of Christian fiction (“no sex,” “no language,” “no bleak views of the world”), but that still offer stories of hope and faith and a moral compass. And I know there is a movement afoot to try and get those titles mixed in with other literature at stores, and not stuck in the Christian fiction ghetto of Barnes & Noble. So I continue to believe in the value of Christian fiction, but I also believe we’re beginning to see a much broader world of literature, some of it still Christian, but outside the historical boundaries of CBA fiction.