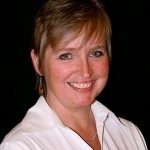 AGENT and VICE-PRESIDENT at MACGREGOR LITERARY

Glad to be back. I’m excited to start the year with a monthly blog series, HERE’S THE DEAL.

I often find the story behind the deal – the journey to publication – as exciting as making the deal itself. Given that, on the first Friday of each month, I’ll be offering glimpses into the backstory of how a particular book came to be published. And not from hearsay, but directly from the perspective of the acquiring editor.

Of course it is a big day when an author hears those long-awaited words from their agent “we have a deal!” But as anyone who works in traditional publishing knows, getting to that point is rarely quick and never, never easy. And it’s not just the author and agent who labor to sell a book, but also the acquiring editor who works diligently to champion and support a project all the way through, from initial discovery all the way through acquisition, editing, marketing, release, and beyond.

To kick things off, I interviewed Marc Resnick, Senior Editor at St. Martin’s Press, an imprint of Macmillan. In addition to having an office in the Flatiron – one of the coolest buildings in New York City – Marc is a pretty cool guy himself, and we’ve kept in touch since first meeting at a conference a few years ago.

Though he and I have yet to do a deal together, we share an affinity for military topics. So, when we spoke for this interview I wasn’t surprised he chose to tell me the story behind the acquisition and success of the 2011 title SEAL TEAM SIX by Howard E. Wasdin and Stephen Templin.

The Team Behind SEAL TEAM SIX

Marc told me that when he received the proposal, originally titled Confessions of a Navy Seal Sniper, he read it immediately. A big part of his motivation for digging in right away was based on the fact that the material suited his interests. Marc knew enough about Navy Seals to recognize Team Six was the best of the best, was highly trained, received the most funding of any team and, therefore, was the team most selected for choice military missions. Another motivation for Marc’s quick response was that he had a working relationship with the agent – Scott Miller at Trident Media Group – and trusted him. When Scott said they were receiving high levels of interest elsewhere, Marc knew he would need to act fast to win the project.

Even though Marc felt the author buried the lead, and the book would need some work, he recognized the unique appeal and marketability of the book right away, so didn’t take time to ask for a rework. He took it directly to his publisher and boss, the late Matthew Shear, spoke with the editorial team, and met with the sales, marketing and publicity staff to get a read on his perspective. Marc wasn’t the only one who saw the serious potential for solid sales from this book.

Within 48 hours, Marc presented an offer to Scott, got into a “little bit of an auction” with another house, met the demand, and won the deal.

The book was retitled SEAL TEAM SIX, slated for publication in St. Martin’s regular cycle, and Marc put it on his schedule for editing. The initial manuscript had just a few chapters, but the writing went pretty fast, and the authors completed a first draft within six months.

Marc’s original projections for the book included a first printing of around 17,000 copies. “We felt it was an evergreen project,” Marc said, “and that it would sell over time. I knew that if we sold 25,000 copies, we’d be fine.”

What Marc couldn’t know was that, two weeks before the book was scheduled to release, Osama Bin Laden would be captured and killed by a SEAL Team Six member.

“I guess you could say we just got really lucky with the news cycle,” Marc said. The publicity team became extremely busy with this title, and media started calling St. Martin’s to request author interviews. “We know a book is working when media starts calling us.”

Since its original publication in 2011 the book has sold approximately 125,000 copies in hard cover, over 100,000 eBooks, and it continues to sell in trade paper.

And it didn’t stop with one book.

Thanks to Marc’s two young boys at home, Marc said he “got to thinking my eight year old was starting to read middle grade stuff, but that there was not a whole lot of narrative memoir action material for his age group. It made me wonder about the possibility of creating a youth appropriate version of SEAL TEAM SIX for the middle grade to young adult reader.” With the author’s background of having overcome adversity and achieving his dreams in spite of a less than favorable home life, Marc felt there might be something there for boys who are looking for everyday heroes.

The resulting 2012 title by the same authors, I AM A SEAL TEAM SIX WARRIOR is perfect for boys 12 and up, but St. Martin’s is finding the title is also selling to YA readers and adults. And Marc said they’re finding the school market is “going wild” for it.

“It’s fun to take a risk on a project and then watch a book prove itself, let alone take on a life of its own,” says Marc. “It’s not like we could have planned any of this.”

It’s true sometimes the success of a book includes a measure of timing none of us can foresee. But timing is just one element in the risk vs. reward equation editors factor into any book deal. The first step toward a project’s success – whether you’re an author, agent or editor, always starts with recognizing a good idea and going after it.

Nice to see your instincts and hard work paying off, Marc! Thanks again for contributing to HERE’S THE DEAL.

How has timing impacted your decision either to purchase, or seek publication of a book?

Going forward, you’ll be able to find this post on the first Friday of each month. Hope you enjoy!