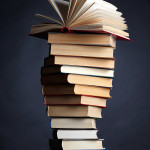 Hello, class, and welcome to week 1 of “Literary Devices for the Real World.” Over the next several weeks, I’ll be talking about how to best use literary devices in your writing to better serve your story and improve your craft. This week: flashbacks.

Flashbacks are one of the most commonly used literary devices, and one that can take many forms. Put simply, a flashback is a reference to or depiction of events having occurred before the “present day” of the story. Flashbacks can be external– referencing events from a character’s life before the point at which the current narrative began– or internal– referencing events that happened within the current narrative– and can occur in dreams, recall (“my father used to smoke a pack a day”), or full, immersive scenes from the past incorporated into the present-day narrative.

Flashbacks serve to provide the reader with background information on a setting or conflict and to increase the reader’s sympathy for and understanding of a character. They can also increase the tension or suspense surrounding the current events of the story by creating curiosity about what happened between the past and the present to change things– if the main character flashes back to standing in her wedding dress at the back of a church yet in present-day the character is unmarried, the reader will know something has happened between the two realities and will want to find out what it was– divorce? Death? Left at the altar? Prologues often take the form of a flashback, starting off the book with an important scene from the past that sets up a conflict or introduces a concept or an object that will be important in the present-day story.

Most authors use flashbacks extensively in their storytelling. Even if you don’t feel like you’re spending huge amounts of time in the past, you’re most likely constantly making reference to formative events and experiences when writing about your character– they occur in sentences such as “she’d always hated the name Janice,” in references like “he hadn’t been so sick since Becky Fitzgerald dared him to eat a toadstool in the sixth grade,” and in descriptions such as “she winced, unwillingly remembering the last time she’d been in a hospital.” Because you (hopefully) know your character intimately, you not only know what they like/hate/fear/think, but you know why they like/hate/fear/think it, what experiences have shaped them. When you share those experiences with the reader, it makes the character more three-dimensional and helps the reader to understand why the character behaves the way he does.

Once you recognize the places you’re using flashbacks, you can maximize their effectiveness by first asking yourself what your motive/goal is in using them, and then being more intentional in accomplishing that goal by fine-tuning the placement and extent of flashbacks.

We’ve already covered several possible motives for using flashbacks– introducing an important conflict or object, revealing an important event in a character’s life, revealing information about a character or situation, adding depth to a character’s portrait on the page, etc. Now, the initial thought process behind employing a flashback usually isn’t as formal or as conscious as the idea of having “goals” for your flashbacks might make it sound. Most writers don’t sit down and think out their motives for a certain flashback in advance– “Okay, now I need to make my character feel more real to the reader and also help them understand where she is coming from, so I think I’ll have her make a reference to her childhood.” No, a writer’s intrinsic sense of story and her knowledge of her characters generally inspire flashbacks naturally as she’s writing. Just like any other component of your writing, however, it’s possible and even likely that some of your flashbacks serve your story better than others, and that some could be improved to help tell your story more effectively. Examining your motive or goal for a certain flashback then lets you ask whether you could accomplish that goal more effectively by fine-tuning its placement or extent.

Placement of flashbacks is largely dependent on your voice as a writer. Some writers sprinkle them throughout the narrative, dropping them casually into the narration, some sequester them to three or four full-scene flashbacks, others spend large amounts of internal dialogue from a character reminiscing about his past. While there’s no “wrong” way to incorporate flashbacks, it’s important to understand one of the biggest problems a flashback can cause is to interrupt the momentum of the story. This can sometimes be a case of TMI from the author– just because YOU know some anecdote about the character doesn’t mean the reader always has to know it, and flashing back to a memory or referencing the past every other sentence is going to continually yank the reader out of the action, connecting them to the character, but detaching them from the current story. In this case, you probably want to delete some of your superfluous flashbacks, either finding other ways to convey the info about your character (after asking yourself if it’s really vital info for the reader to have) or grouping it together in longer but fewer sections, e.g., a paragraph or two in a chapter containing several bits and pieces of flashbacks/memories for a character, with the rest of the chapter taking place predominantly in the present day without frequent interruptions referencing the character’s past.

At times, a flashback contains information that the reader does need, but it’s given at an awkward or clunky time that sabotages the energy of a scene, when the story would be better served letting the reader be curious for a little while longer and then revealing the info later. If the narrative pauses right before a bomb goes off to allow for a flashback to the main character’s time spent dating a bomb squad member, you are probably defusing (haha) tension you’d rather let build– it’s okay for the character to suddenly rip the green wire out of the detonator, stopping the clock at 1 and saving the day, and then later, after the bad guy is behind bars, the main character can flash back to her memory of the worst date ever on which the bomb squad bore talked for two hours about how to defuse different kinds of bombs, or can explain to the astonished police that she used to date a bomb squad member. The information gets out and the forward motion of the action scene isn’t interrupted.

Another thing to consider when fine-tuning your use of flashbacks is the extent to which you delve into the past– if you’re using a flashback to create significance around an object or an event, consider whether you could create even more interest by developing that flashback more fully; e.g., perhaps you want to write an entire scene set in 1776 to set up the secret compartment in the desk rather than simply having a character remember “that her grandma always refused to sell that old desk, even when offered twice what it was worth.” If your story feels sluggish or your word count is too high, consider the opposite– simplifying your flashbacks– making one-line references to the past rather than including entire scenes or memories to make the same point.

With a little extra attention to their place in the overall story and to your motives for including them, your flashbacks can be tweaked to add the maximum payoff at the optimum place in your story. And that’s the end, thought Erin, remembering a time an hour earlier when she could type “flashback” without wanting to scream. 🙂

Thanks for reading, and for your great comments on last week’s introductory post! I’ve already received a couple of requests to talk about symbolism, so we’ll definitely be hitting that in the weeks to come; additional suggestions for posts in this series always welcome. Next week, foreshadowing.