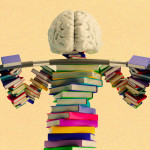 Welcome back to my series on literary devices and how to use them to your best advantage this side of your college lit classroom. This week, we’re talking about tone: what it is, how to identify it in your own writing, and how to harness it to create the atmosphere you want to create in your writing.

Let’s start with the technical definition: tone is the attitude adopted by the author toward the events of the story. Tone is revealed through the author’s word choice, commentary, and syntax, and is on display whenever the author uses these elements to reveal his bias toward certain characters, themes, or incidents occurring in the story.

The (arguably) most effective tool an author has at her disposal when creating tone is her word choice. Just about every word in the English language has a whole set of baggage attached to it based on the books you’ve read, the conversations you’ve had, even the region you grew up in, and while this baggage varies slightly from reader to reader because of the unique background of each one, most English-speaking US readers have approximately the same response to 85% (completely made-up statistic) of the words an author could use to describe a character– tell us a character is “crafty,” or his movements are “shifty,” and we know you’re telling us you don’t believe the character is very trustworthy. Tell us someone “walks with a swagger” and we know you think they’re arrogant.

This subtle (or sometimes not) indication of his bias on the part of the author can reveal a whole host of inferences– word choice tells the reader whether the author believes a character is to be pitied, admired, patronized, snubbed, whether a setting is pleasant, boring, tasteful, or ugly, whether an incident is tragic, deserved, funny, or insignificant, etc. People generally classify “bias” as a bad thing, accusing news sources of being biased, opponents in a debate (or Facebook comment war) of letting their bias show, etc., when the fact is that everything is written from a position of a certain bias and everything is read from the position of a certain bias– the danger is in not recognizing your bias. An author, then, has an enormous opportunity to harness that bias and use it both to communicate to the reader how he feels about the characters/issues in his book (tone), and to use the bias of the readers to evoke the response he wants to evoke in them (mood).

We can’t talk about tone without also mentioning mood for the simple reason that the two are often confused– mood is the feeling that a piece of writing evokes in the reader. An author may use a certain tone to create a certain mood, and sometimes the mood of a piece matches the tone, but tone can also be used to create a very different mood, and the overall mood of a piece can be the result of a tone that changes and shifts throughout the work. Confused yet? For example, an author could affect a serious, somber tone in talking about a trivial subject (I’m thinking of the part of The Princess Bride where the author writes seriously of Buttercup’s intense labor spent perfecting one of her elbows), the result being humorous and the resulting mood (or reaction of the reader to the passage) being one of light-heartedness and amusement. Another example: an author could write very matter-of-factly and casually about a serial killer’s thought process/actions, creating a calm and blasé tone but a chilling mood. The key thing to remember about tone is that it is only what the author purports to believe/feel about a situation– the reader’s take on a situation may or may not match the author’s, and when that’s the case, tone and mood don’t match.

Tone in Your Writing

So what’s the takeaway from all this tone talk for your own writing? The most common tone problems I see relate to inconsistent tone. Not that you can’t take multiple tones within the same book– dark humor, cozy mystery, quirky literary, romantic comedy; all these genres typically involve the author taking different tones at different times– but differences in tone need to support the overall book, and serve a purpose beyond simply showing off your writing chops. If a story starts out with a chilling prologue inside the mind of a murderer, where it’s obvious the author is trying to give me the creeps and does a pretty good job, but then I literally never visit the mind of the murderer again in the course of the story, I’m going to read the rest of the book with a lingering feeling of a sentence having been left unfinished. If, in the middle of a Biblical novel of otherwise formal tone, the author suddenly adopts a more modern, casual tone, it’s going to pull me out of the story rather than deeper in. In most cases, these tone inconsistencies are created either because the author simply got carried away being scary or funny or philosophical and didn’t ask whether or not that tone made sense in the context of the whole book, or because the author didn’t have a great understanding of the tone she was creating by making certain word or syntax choices, intending to convey one idea but not sufficiently aware of the connotation of a word or the implication of a syntax choice to realize that she was actually conveying a different one.

You want, then, to first learn to be aware of your tone towards your subject. (Or, more specifically, the tone “author-you” is officially taking towards the subject– author-you might be taking a very optimistic, naive sense of love in the world of your book when real-you is actually a hardened cynic, in which case you really don’t want to let real-you’s tone come through: it might make for a great passage, but it will present exactly the kind of tone inconsistency I’m talking about.) Try reading one of your completed manuscripts first, rather than trying to identify it while you’re writing; tone is one of those devices storytellers tend to use naturally rather than consciously, so it’s easier to spot after you’ve used it than while you’re still in the middle of telling a story. Make a list of your “bias” as it shows through in your tone– what is your attitude toward the themes of your story? Towards certain characters? Do you adopt a formal tone or informal? When you shift tone, is the reason clear, and does the shift support the book as a whole? Remember, the first instance of a tone establishes a pattern for your reader, who is a creature of habit and likes for things to fall into recognizable patterns or rhythms. Do you strike a balance between the various tones you’re using? Does the variation find a rhythm of some kind or does it feel random? If you’re having trouble identifying your tone, give the manuscript to a genre-savvy friend and ask for their thoughts– if they have trouble too, it probably means your tone isn’t very clear.

A wishy-washy or weak tone isn’t a dealbreaker– plenty of books get published that way– but the stronger and clearer the tone is, the more you affect the mood of the reader, as we saw above. The more your reader is affected, the more vividly he will experience your story. Chances are, if you were to think about your absolute favorite books, there isn’t a tone-dud on the list– stories told completely passively rarely stand out in the mind of a reader. Books with clear tone are the ones that leave you thinking, “MAN, I wish I could meet this author, I love her!,” even when all you know of her is the manner in which she told that story. And if you’re thinking that some of these marks of effective tone sound like voice, you would be right: voice is the quality of your writing that makes it sound like you, and one of the places your sense of humor or pathos or empathy or fright show up the strongest is in the tone of your writing.

To know your tone and the way it affects your readers and supports the entire book is one of the surest ways as a storyteller to hold your audience in the palm of your hand.

What tone advice or criticism have you gotten that has helped you or made you think differently about tone? What other literary devices would you like to see me cover in the weeks to come? Let me know in the comments, and thanks for reading!