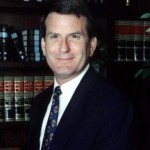 I’ve been blessed. I’ll admit it. I broke in to both publishing and college textbook publishing when an unsolicited manuscript was opened, usually returned and sometimes had constructive comments scrawled on it. That’s a long time ago. But after I got my foot (feet?) into two doors, I found that the work had just started. A couple of decades later, here’s what I know about the writer’s life. None of this is unique to me, but if you catch a pattern in what most of your advisors are saying—it’s for a reason.

ONE: Write everyday. Don’t wait for the muse to come to you, entice the muse by writing.  Most writers work at the same time every day and for about the same amount of time (or word count) each day. Resist the marathon session. When time allows, edit what you’ve already written instead or do the research for future writing. Resist stalling. A neat desk is not a substitute for 1000 useable words.

TWO: Write at the best time of day. For some, their best time is early morning; for others, it’s after work or even late evening. My longest book—a 365 day devotional Bible with 500-word essays each day—was written almost entirely outside my home. The bulk of it was written early each morning at a local coffee shop where everybody there knew what I was doing and gave me the space and the encouragement to do it. They were my “writers group,” and because of the nature of my book, they were a good one.

THREE: Write what you know. Your own experience and everyday observations should give you a wealth of information to begin. I started with my known field of mass communication and wrote a couple of books for the religious market on parenting children in a media age. It worked because, as a journalism professor, I had the academic knowledge. On the other hand, I was a parent, and in many ways, my advice was to myself and if a few thousand others wanted to read along, that was fine too.

FOUR: Increase what you know by being a voracious reader.  In your personal reading—and good writers are avid readers—you should have more than one book going at a time. Chose different genres: fiction, biography, history, self-help or inspirational. Choose different formats—print and electronic readers. Go back and forth between them. Always look to see how the books are put together—person, tense, setting. Are the sentences long or short? How about the paragraphs? The chapters? Also, listen for voice. What’s voice? Think of two different comedians who both make you laugh even though they’re wildly different in their delivery. Or a song covered by two different artists with different results. That’s voice, and writers have it too. Study how others practice the craft of writing, but don’t copy. Sooner or later, you’ll get this comment: “When I read your book, it seems like you are right there talking to me.” Find the voice in your reading and you’ll find it in your writing.

FIVE: Increase what you know by getting to cultural events. Concerts, museums, plays, etc. are all fertile ground for the aspiring writer because art inspires art. I once got a short story on second chances from reading a museum guidebook. It seems that so many of our now-revered impressionist painters had been snubbed by the Salon—the official art show of Paris—that Napoleon had created the Salon des Refuses, literally, “the salon of the refused.” I combined that with my own story of twenty rejection letters before my first book was published and it worked great. The idea of how to illustrate the foolishness of Esau selling his birthright for a bowl of soup came by reading the plaque by a priceless Vermeer at the National Gallery of Ireland. It said that this painting had been used by the widow Vermeer when her husband died to pay the baker’s bill. Music, drama and art all inspire stories, and these are just the first that come to mind.

SIX: In telling your story, start late and finish early. Most stories can be improved by editing and the beginning and the end are good candidates to start.  Start late and leave early means occasionally waiting to drop backstory into the plot instead of a needless prologue. It means stopping very soon after the principle character gets her resolution. Shakespeare knew it. The better screenwriters know it—perhaps because in movies, the clock is ticking for an audience out late. When you watch a movie see how short Act 1 (the setup of the story) and Act 3 (the resolution of the problem) are compared to the main story in the middle. Think then “Wizard of Oz” in movie form. What’s in black and white are Acts 1 and 3 and what’s in color is Act 2. Get in quickly and get out quickly, leaving the reading wanting more.

SEVEN: Welcome editors and editing, critics and criticism. At a newspaper where I worked, we had the saying “everyone deserves an editor.”  No one should be seen in print until someone else has had the chance to make it better. I spent weeks once editing a history of a well-known medical foundation from 60,000 words to 40,000. The author, a historian who had never written for publication before, was so livid he wanted his name removed from the book. A student dropped my newspaper class after one week. Her reason: the story didn’t sound like her. My reaction: thank goodness. I doubt that either became a writer. Before each edition of my textbook, there were at least ten paid reviewers recommending changes to the book. Their critiques ranged from helpful to off-target, but even the ideas we didn’t adopt made us defend why our way was the better way.

EIGHT: Embrace rejection. Before my first book was printed, I received those twenty rejection letters I mentioned earlier. I posted them on the back of my door where I could see them when I was alone in my office. It was humbling yet motivating. Rejection teaches you lessons you don’t learn from acceptance. Rejection can keep you away from a bad fit for your work and propel you to the right place. Rejection can push you into needed third and fourth edits. Rejection motivates you to prove the critics wrong. And, often, rejection is the right end for a non-deserving project. And one last point on this: when acceptance comes, and you get published, you will still be the same person you were before. Publication will not change your life, your marriage, or your relationships. We all like validation—and an acceptance letter is certainly that, but don’t confuse validation with transformation because it’s not.

NINE: Develop your platform now; your publisher will demand it. You start with social networking, creating a presence on Facebook, Twitter and LinkedIn and maybe even YouTube. You accept interviews. You blog. You get in front of audiences. In short, you do everything you can to get a following. It is, without exaggeration, the other half to writing a successful book. Ignore it, and the even the best book is lost in the nearly 200,000 books published each year—not counting self-published books. After my first religious book, I spoke 26 Sundays in 26 places the next year. The need for and the power of platform is still not mentioned in most professional writing programs. Even the well-known MFA programs have yet to address this issue in their offerings.

TEN: Get the attention of an agent now; you will need one very soon. There is no “slush pile” at the publishing houses anymore and no young editorial assistants reading until they are cross-eyed to find that one jewel in the pile. Publishers expect you to cross the threshold through an agent. It’s the best money you’ll invest in your career, but it’s a decision you must make very deliberately because it is a professional marriage. (The same is true of co-authors; I’ve had the same one for more than 20 years on the textbook.) If you don’t want to part with the agent’s commission, then you’re not ready for one. But if you see it as an investment, then it’s time to start searching, and the best way is go to the places they will be—writers conferences and the occasional tradeshow.

Dr. Philip Patterson is a professor of journalism at Oklahoma Christian University. He is the author of seven books, and his co-authored text, Media Ethics: Issues and Cases is now in its eighth edition and appears in four languages. He has worked with Thomas Nelson Publishing, McGraw-Hill, and InterVarsity Press, as well as other publishers. He is also the author of numerous newspaper articles, book chapters, scholarly journal articles, and magazine columns. His definition of a genius is someone who can do what you can’t. Among the things he can’t do is to play the piano with both hands at once or speak any foreign language, though he’s tried both.