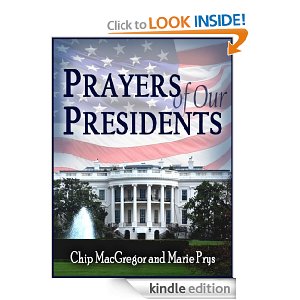 Okay, so I have a new book releasing. My longtime friend, editor, and longsuffering co-worker Marie Prys and I were interested in the spiritual lives of our US Presidents. I suppose prayers have been uttered in the oval office since before that uniquely-named place existed. Many of those words were captured, and some still resonate today. Mostly they prayed for wisdom as they served the country, sometimes for thanksgiving or appeals for justice. We did our research, included some biographical data on the men who filled the role of president, tried to keep out all the partisan bickering, and just made an attempt to introduce readers to a different side of the presidents. This is an ebook (we originally did a print version about ten years ago, but went through and updated everything), and it’s only $2.99 on Amazon, B&N.com, the iBookstore, and Kobo. Give it a read and let me know what you think. Thanks!