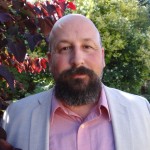 The Persistent Cultural Need for Publishers 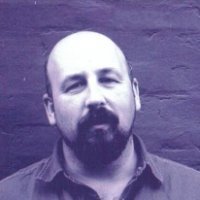 This week in Publishing & Technology we’ll be talking about how the ongoing expansion of independent (or self-) publishing is driving the need for publishers, now more than ever.

Last year I had the good fortune to attend a talk given by Smashword’s founder Mark Coker at Portland State University. I say “good fortune” not because I found the argument he presented to be anything short of a self-serving apologist’s attack on traditional publishing and the culture of gate-keeping that discouraged Mr. Coker (by his own acknowledgement) and many millions of other aspiring authors in their attempts to gain the industry’s seal of approval. I say “good fortune” because his presentation infuriated me to such a point that I was forced to stay with many of the uneasy thoughts I’d attempted to hold at bay for some time regarding the rebranding of self-publishing as “independent publishing” by those who would profit from the aspirations of the aforementioned millions. The general gist of his talk, I’m paraphrasing Mr. Coker here, is that it has been the publishers who have been holding writers back for all these years, trampling the aspirations of millions of deserving authors in the name of abstractions such as a manuscript’s marketability and the potential for a return on the investment it would take to bring any manuscript to publication.

Don’t misunderstand me. The democratization of publishing has some inherent good in it. As it levels the playing field for authors from groups that have been egregiously underrepresented in traditional publishing, it is a good thing. As it provides writers whose work doesn’t fit established, “salable” molds (the novella author, the poet, and, increasingly, the writer of short fiction) with a potential additional way to bring their work to market, it is a very good thing. That said, the expansion of self-publishing has removed many of the filters between audience and writer and I would argue that this has negative effects on the quality of writing in general, the practice of reading throughout our society, and the foundation of our culture as a whole. Setting aside the obvious benefits of professional editing and design, as they can be purchased by the independent author (though they rarely seem to be), it strikes me that there are a couple of glaring cultural issues with the rise in self-publishing:

First, if digital bookselling and distribution continues to take up more and more overall market share in the industry, while simultaneously providing the nigh-singular commercial avenue for independent authors to distribute their work, the prospect that any author will be read seems less and less likely as all but the best-selling titles get pushed farther and farther into the digital background.

Second, without some of the gatekeeping functions of the traditional publishing apparatus in place the general overall quality of our cultural production of text seems to be in jeopardy. If we level the playing field completely and then load it with everyone who wants to participate, regardless of their skill or potential, how are we to identify the writers that deserve our attention?

As we get further and further away from the traditional publishing, distribution, bookselling model we will need imprints and publishers that we can trust to deliver books worth purchasing, worth reading.