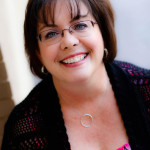 HOW I SOLD OVER 150,000 COPIES OF MY TOTAL WORKS IN TWO YEARS
Or: Why I Love Being a Hybrid Author

When I started writing seriously, I had the notion that reaching 100,000 copies of total works sold meant I’d reached success. Imagine my glee when I surpassed that number in only two years of serious writing and tracking sales. I’d met a personal milestone of success.

The writing journey has been an exciting battle. In 2007, I received a contract for my first cozy mystery, followed by two more. Then, for more than two years, my writing career went stagnant. Figuring I could give my career a needed jumpstart, I put two old stories onto Amazon and Barnes and Noble . Sales climbed slowly, but each sale validated my decision. After I acquired my current agent, Chip MacGregor, he guided and encouraged me into re-releasing my cozies onto the new mystery line he was creating. The books began selling in dizzifying numbers .

I continued to write for Chip’s mystery line while putting other stories independently on Kindle and Nook. Those sales, along with my traditional book contracts, enabled me to quit my day job in May of 2013. By the end of 2013, I’d sold more than 150,000 copies of my total works. I’ve been asked many times how I’ve accomplished this in a two-year time span. What’s my secret? I’m not sure there is any sure-fire approach to achieving success, but I focus mainly on two things:

1) Discipline: I set up regular writing hours and daily word count goals, often writing seven days a week to meet those goals. My writing is my job. It’s a business; it’s like breathing. Not only am I writing on publishing deadlines, but I’m striving to meet my self-appointed deadlines. My “boss” is a tough cookie, working me harder than I’ve ever worked before, but we get along just fine. I focus on contracted works Monday through Friday, writing on my indie stuff after meeting daily word count and on the weekends as time permits. Getting out a lot of “stuff” is the key, folks. But that “stuff” has to be the best you can make it. Sure, you can tell a difference between my first novels and the ones I’m putting out now, but the fact is, even those first novels are still selling. Why? Because I’m constantly following them up with more.

2) Flexibility: Many times, that “story of my heart” is actually the latest thing a publisher is looking for. Because I know I can insert the theme of my heart into what publishers want, I write in more than one genre. Note: Don’t spread yourself too thin. Two genres, three max. Otherwise, you’re spending way too much time building a readership in each of those genres. Write in genres that are similar where readers are more likely to cross over.

My works include full-length novels, novellas, and novelettes, allowing me to price my works at varying prices. The cheaper books draw readers to the higher-priced subsequent ones in the series. Writing series is the key. While some stand-alones do well, readers love a series. Note: Don’t let too much time lapse between books in the series. Readers are a fickle bunch.

Not only am I spending the majority of my time writing, but I allocate time for marketing and social networking. Everything I do has links that lead readers to my website. I can’t stress enough the importance of a well-designed website and a strong media presence. While what works for one author may not work for another, I tend to concentrate mostly on Twitter, Facebook, and blogging. I contribute to three separate blogs, one for each of the genres I write in. Everything I do links together, shortening the amount of time I need to spend on one form of social media. If I spend too much time marketing, I can’t write. If I don’t allocate time to market and build relationships, I can’t sell. It’s a huge circle.

BIO:
Multi-published and Best-Selling author Cynthia Hickey has three cozy mysteries and two novellas published through Barbour Publishing. Her first mystery, Fudge-Laced Felonies, won first place in the inspirational category of the Great Expectations contest in 2007. Her third cozy, Chocolate-Covered Crime, received a four-star review from Romantic Times. All three cozies have been re-released as ebooks through the co-op publishing lines facilitated by MacGregor Literary, along with a new cozy series, all of which stay in the top 50 of Amazon’s ebooks for their genre. She has several historical romances releasing in 2013 and 2014 through Harlequin’s Heartsong Presents, and has sold more than 160,000 copies of her works. She is active on FB, twitter, and Goodreads. She lives in Arizona with her husband, one of their seven children, two dogs and two cats. She has five grandchildren who keep her busy and tell everyone they know that “Nana is a writer”. Visit her website at www.cynthiahickey.com.