As a fresh kid rounding the bend on the second half of life, and after a series of challenging events, I’d determined again to dive into a childhood calling of becoming a writer.

A trip to the Oregon Coast never failed to give me the much needed kick in the aft, so off I went. I strolled the docks at Newport, admiring the wizened characters of assorted commercial fishing boats, and recalled one summer of my first youth when I considered donning a flannel shirt and chest waders to become a commercial fisherwoman in pursuit of romance and valiant endeavor. But my goals, while no less valiant and only slightly more realistic, had since changed course.

I moved along, skirting tackle and dock debris, and shooting portraits of the more experienced, therefore more aesthetically interesting vessels, until there before me, requiring an entire length of dock, I saw an imposing black giant of a boat, moored with the others but not of their ilk. It arrested my attention for its sheer mass and for her name. Her hull was free of rust and barnacles, like they scrubbed her clean after each run and added a freshen-up of marine paint as needed. Ropes as thick as my wrist tethered her close, while trios of fat, orange fenders cushioned her side. Rigged for success with high-powered lights, radar equipment, and the most rubbish-free deck of the lot, this lady floated high for action. And her name in bold gold against the black read, PERSISTENCE.

I wondered what kind of struggles and disappointments her skipper and crew had overcome, with a handle like that. I was curious about how long the owner had sweat and waited to save enough for a boat of his own. How many legal hassles or personal setbacks? How much waiting.

Suspecting I’d have need of it along the course I’d chosen late in life, so-called, I snapped her picture and walked on to satisfy my yearning for the open sea with a salmon dinner.

I’d attempted writing before, but always let discouragement preside over determination. I became familiar with writing conferences and attended a few, took classes, and read great books on how to do the deed well. But nothing prepared me for the waiting.

The first version of my manuscript took two years of purposeful writing to complete. I figured the infant was ready for delivery, or as close as I could make it before working with a professional editor or agent. During the following four years I queried, waited, received denials, received nothing, declined one myself, inhaled deeply enough professional and subliminal encouragement to plod forward, rewrote the query, waited, revised the story, you get the picture. Throw in to the mix several helpings of wine, whine, prayer, and tears and you’ve got a good image of the journey.

When I wasn’t questioning my sanity, I wrote other stories and articles. By God’s amazing grace, I ended up with my own weekly column in a regional newspaper and sold an expanded article to the folks at Chicken Soup for the Soul.

I likely would have called it quits on the novel and hunted for a job that paid money if it hadn’t been for a sustaining supply of go-juice from people in the business. They fed me the right mix of constructive criticism and sugar to enable hope to light the path, one step at a time. And I listened. Oh, I may have thrown a few tantrums. But, the cat eventually stopped racing up the stairs, and I put my hands to the keys because what the critics said made perfect sense, and I wanted to improve—still do.

With help from a patience that I lacked in my twenties, and stubbornness I brought with me, the hard work paid off. I had won my dream agent, Chip MacGregor, or so I’ve heard. After all, I’m a newbie and the proof is in the shortbread, eh Mr. Chipping?

What I find crazy is, how every wave that threatened to swamp and mouthful of froth swallowed was worthwhile to land on the next plateau, writing—and waiting. 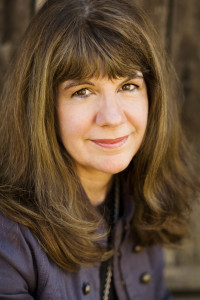 Peggy Dover is a freelance writer living in Southern Oregon. She writes the weekly column, “Southern Oregon Journal,” for the Mail Tribune Newspaper. Dover is represented by MacGregor Literary.