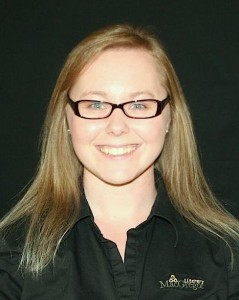 It’s been snowing here like crazy (I live in Fort Wayne, Indiana). There was one snowfall in which we got something like 16″, and the snow has continued to come. Three inches here. One inch there. And we’re only halfway through winter.

I’ve been ridiculously curious about the total amount of snowfall, but couldn’t find the information anywhere. I mean weather sites seem to all be trapped in the 90s, and news sites are only interested in the here and now. So I almost gave up…until I decided to reach out to one of our weathermen via Facebook.

Curtis Smith has over 31,000 Facebook followers, but when I visited the page I found that he is fairly active on it. So, I posed my question. He replied in a couple hours and instead of providing me with a website I could use to get such information in the future, he invited me to come to him with my questions.

In the midst of this, as I watched my hair turn gray, the seasons change, and wondered at how my phone battery hadn’t completely died yet, I hunted for the health insurance company online. If you’ve ever noticed, health insurance companies don’t provide many email address or simple ways to contact them. They FORCE you to use the phone, which most likely deters most people and ensures that the reps only have to deal with the most important of cases.

Despite not finding a good email address, I was able to find their Facebook page. And I let them know exactly what was happening and that I needed an email address just in case the latest transfer was in fact a dead end.

They supplied me an email address within 10 minutes.

My phone has been doing this freaky deaky thing where it sounds like the person on the other end is hitting one of the numbers. And not just hitting it, but holding it down with their cheek for like TWO WHOLE SECONDS. I hate it.

For awhile I thought that my authors were simply clumsy. But after experiencing this with numerous people, I began to wonder. What was even more curious was that the person on the other end never seemed to notice.

Clearly, my phone has a problem, but I didn’t want to go into the Sprint store. I mean can anyone think of a worse way to spend a Saturday afternoon? So, I hit them up on Facebook. They dialogued with me, troubleshooting the problem as best they could until the only solution was that I visit a store.

This is the world we live in. It’s a world in which people and companies that used to seem so difficult to connect with are a Facebook post away. I talk about this in my book, The Extroverted Writer, but it’s worth mentioning here…

Shouldn’t I be able to connect with my favorite author?

Yes, fan mail is nice. It’s warm and cozy and meaningful. But today’s fan mail comes in the form of Facebook messages, Tweets, and blog comments.

So whenever you wonder whether it’s worth it to keep your Facebook page or your YouTube channel or your Tumblr going, remember…THE FANS EXPECT IT. And when they need it, they will use it.

And they will think it’s awesome. 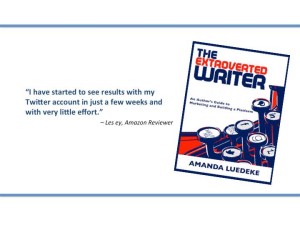