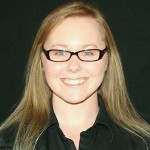 People are always curious to know how I became an agent. Did I intern with the agency? Did I apply and get hired? Did I go through a special program? Did Chip owe my dad a favor?

I’ve found there are usually two paths to working in publishing. One involves getting the right internships and then getting hired on afterward. And the other involves just being in the right place at the right time.

For me it all happened at a book signing in 2008. In Fort Wayne, Indiana.

I was working as an admissions counselor at a university at which Chip was a visiting professor. My friend, who happened to be a student there, kept telling me about this big-time agent who was on campus and how I needed to meet him. But despite it being a very small school, I couldn’t for the life of me figure out who he was.

(Now, in retrospect, I had seen him around campus. But with his goatee and pressed dress shirt, I assumed he was the new Pastoral Ministries prof.)

So the only way to be sure to meet him, my friend decided, was to trap him at an author book signing.

At the time, I (ashamedly) didn’t recognize the name of the author holding the book signing (Chip tells me it was Lisa Samson), and I honestly didn’t know very much about Chip or the role of an agent. But I DID know that my friend had told me he was epic. And that he had worked with Britney Spears’s mom. Which, let’s be honest, was enough to get me really wanting this to happen.

I mean, what else could come of it than me being Brit Brit’s bestie?

So, off we went. We walked in to the store; my friend located Chip; and then I took a breath, walked up, and introduced myself.

He said something sarcastic.

I said something sarcastic.

The rest is history.

Okay not really … but it definitely got things rolling.

I started doing odd jobs for him (basically all the stuff he didn’t want to do himself). I researched publishers, wrote synopses, checked flight info, and more. I didn’t always feel like doing it. I mean I had a day job, after all. A day job that required quite a bit of travel. I didn’t always feel like managing a second career. But I also didn’t feel like pursuing a traditional career for the rest of my life. I wanted to be my own boss. I wanted to work on books. I wanted to utilize as many of my talents as possible.

So it was either put in a bit of hard work with the possibility of reaping a great reward. Or put in no hard work and reap no reward.

For three years I juggled agenting with my full time job. And then in November of 2011, I went full time as an agent.

Seriously. If you could have your pick of someone to believe in you, he’d be a good one.

What’s your industry story? How did you get connected and who saw that special something in YOU that made all the difference?