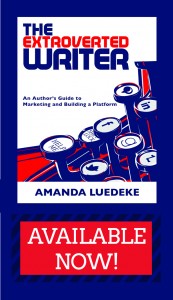 The typical reader is a middle-aged, white female. We’ll call her Sally.

A vast majority of fiction is created with Sally in mind. Take the entire romance genre, for example (barring, of course, African American, multi-cultural, and some LGBT romances). Not to mention the mystery genre. The women’s fiction genre. The erotica genre. A vast majority of the historical genre and even a chunk of the YA genre are both created and marketed with her in mind.

It isn’t until we get to that historical genre, and then suspense, and then thrillers, and then horror and speculative fiction that we start to see books that are marketed to Sally, as well as … Sally’s husband. We’ll call him Gunther.

So where does that leave the author who writes for a narrow demographic?

My honest opinion? It’s almost easier to tap into a narrow demographic than it is to tap into a broad one. Think about it like this…

A billion (hyperbole) books come out every year with Sally in mind. I mean granted, there are a ton of Sallys in the world, so it makes sense there are lots of books to choose from. BUT each Sally still needs to make a decision to read one book at a time. And when there are a billion books to choose from, that’s a lot of pressure on the author, the book’s marketing team, and the publisher. How do you make your book rise above when there are 999,999,999 others that Sally would also enjoy?

Now let’s talk about Pearl. Pearl is a twenty-three-year-old African American female who enjoys YA fiction. But what she’d really enjoy? YA fiction with multi-cultural protagonists.

How many multi-cultural YA books can you think of? They’re out there…they’re just not as overwhelmingly plentiful.

The market for this is smaller, yes, but it doesn’t mean that readers like Pearl don’t exist…that they aren’t there hoping to come across the very book they’re looking for.

The cool thing, though, is Pearl doesn’t have 999,999,999 other books to choose from. So when you approach her with your book, chances are she’ll be interested immediately.

So there you have it…while it may take a bit more legwork to uncover where smaller demographics congregate, I firmly believe that the results of your marketing efforts will be worth it. Because while Sally has learned that she can be picky, Pearl has learned that when the right fit comes along, SHE NEEDS TO READ IT.

I think most authors face the issue of tapping into smaller reader groups at one point or another…maybe it’s a sub-genre you’re dealing with? Or a unique theme? What are your experiences infiltrating these groups? What are your struggles?