I’ve been getting a lot of questions about CBA fiction lately… [And I updated this column recently.]

Is fiction aimed at the CBA market (that is, the “inspirational” market) growing or shrinking? Those of us who write for that market keep hearing different things and, frankly, I’m not sure who to believe.

CBA fiction is in a world of hurt. When I started my literary agency nine years ago, 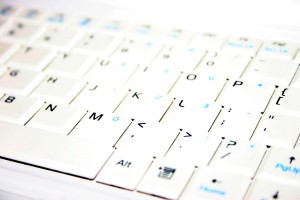 Christian fiction was the fastest-growing segment in all of publishing, and continued to be a growth category for a couple more years. But, as I’ve said so often, publishing is a “tidal” business — the tide comes in, the tide goes out. Seven, eight, nine years ago, it was in. Then the tide started to recede, and now it’s out. Way, way out.

Several CBA publishing houses that used to do fiction don’t do it any more. (Today, Abingdon announced they’re killing their fiction program, for example.) Several others have cut back their lists. There are fewer slots for authors, and shopping for inspirational fiction has become harder. Barnes & Noble sort of sticks all religious fiction off into one corner, so if you don’t walk in specifically hoping to find that section, you’re not going to stumble onto it. Books-a-Million does a better job, but they’re not a huge chain. The potential demise of Family Christian Stores is a looming disaster — it leaves Lifeway Stores as the biggest chain, and the fiction decisions at Lifeway have been a huge disappointment to many of us in the industry (meaning the company only wants VERY safe Christian romances where nothing truly bad happens, sex doesn’t exist, everyone talks like they’re living in Andy Griffith Land, and in the end the characters will fall to their knees and accept Christ so that All Life Problems Will Be Resolved). Sales numbers have fallen, so that the novelist who used to routinely sell 18,000 copies is now selling 9000, or sometimes 4000. With that decline has come a drop in advance and royalties, so that far fewer CBA novelists are earning a living than just a few years ago.

UPDATE: I’ve had several people take me to task for being hard on Lifeway. Just so I’m clear, my criticism is of the larger Lifeway chain and its decisions, not of one particular buyer. I’ve found the chain has been very reluctant to take in much realistic fiction — but several have told me it would be unfair to blame the buyer. I’m sorry if I hurt feelings.

And this is happening at a time when more fiction is being sold than ever before. I’m the guy who is always saying, “This is the Golden Age of Publishing,” since we’re producing and selling more books to more readers than any other time in history. With all the fiction being sold in this country, one would think every publisher would want to go after the inspirational fiction market, since Christians have proven they buy books. And yet… that isn’t happening. This is clearly a sales and marketing issue, not a readership issue. There are plenty of good CBA novelists. There is certainly a readership for Christian fiction. There continues to be a handful of bestselling CBA novelists. But publishers are having a tough time matching up books and readers. And they’ve yet to figure out how to overcome the lack of shelf space for hard copies — which is interesting, since everyone in the industry acknowledges that sales of print copies has stabilized, as the numbers of ebooks has leveled off.

In other words, the talent and readership are there, but so far it’s proven to be a very tough task trying to link them. Some CBA publishers (notably Thomas Nelson, Revell, Bethany House, Love Inspired, and Tyndale) continue to sell a lot of fiction. Others (FaithWords, Waterbrook, Howard, Harvest House, Barbour) continue to make a good effort, even if there are fewer titles and the numbers are sometimes a bit skinny. And there are a few smaller houses (Whitaker House is one) who continue trying. But we’ve seen several houses step away from fiction in recent years, or at least put it on hold (Cook, B&H, Nav, Worthy, Abingdon, Moody, Crossway, etc). And, to be fair, there are a bunch of smaller startups that have tried to reach genre readerships, with mixed success (as an agent, I often question if the authors would be better off simply self-publishing than going with a micro-publisher who isn’t going to do much more than post a file on Amazon with a so-so cover).  All of this points to an industry in transition. I don’t think Christian fiction is going away, but I also don’t think it’s seeing much success outside of a handful of bestselling stars. So yeah, it’s a tough time to be a fiction writer in CBA.