I’ve been trying to catch up on all the questions people have sent in, so let me share a handful of queries: “When speaking with an editor at a conference, what is the best way to approach the allotted 15 minutes? Do I focus on the editor and the titles she’s worked on? Do I focus on my novel? Do I bring a one sheet?”

The best way to approach your time at an editorial appointment is to do some research and practice. 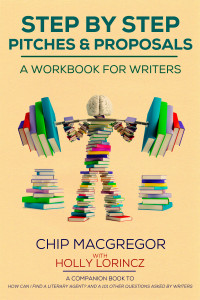 Check to make sure the editor you’re meeting actually acquires books in your genre. Find out what you can about the editor’s likes and dislikes. Then practice what you’re going to say — sharing your name, your book idea, the conflict, theme, genre,and hook. Be clear and succinct, and rehearse your talk out loud, so you know what it feels like to say the words. Be ready to engage in dialogue with the editor. Dress professionally, and bring some words to show them (many like a one-sheet; I prefer the first five pages). In my view, the focus of a successful editorial appointment is your book, so think through how to talk about your book in an engaging way without sounding like just another pitch.

Another person wrote to ask, “Should I pay more attention to a literary agent’s list of authors they represent, or to their agency’s list of authors? In other words, if a Big Deal Agency has bestselling authors, how much does that mean if the agent I’m talking to doesn’t represent any of those writers?”

That’s an interesting question, since every agency tries to promote their bestselling authors. I was at Alive Communications when we represented the Left Behind series that sold 70 million copies worldwide — and while I didn’t have much of anything to do with that series, I certainly mentioned that we represented it when I was a young agent introducing myself. How much does that mean? A bit, since it means the agent you’re talking to is hanging out with successful agents who clearly know what they’re doing, even if the one you’re pitching your book to is new. That agent also gets to take your book back and talk with the more experienced people in the home office about it, so there’s certainly a benefit to working with a successful agency. But sure, you’d really like to make sure the agent you’re talking to is competent, organized, and consistent. A new agent may lack the Big Name Author you’re looking for… but he or she also may have more time to work with you in preparing your work for publication.

One writer sent this: “What would you say are the ingredients to a great novel?”

Bestselling novelist Susan May Warren and I once taught a class together on this at a conference. We said that the four hallmarks of a great novel are heroism (the protagonist does something that is considered heroic, and does it even though that type of behavior may not come naturally to them), sacrifice (the character gives up something dear to them in order to better the life of someone else), redemption (the characters go through circumstances that change them, and reveals they have become better people, having overcome past failures), and justice (good triumphs over evil). Of course, in great fiction I find that characters I care about face the big questions of life (who am I? why am I here? who is God? what is the meaning of life? who do I love and am loved by?) and make decisions that affect their lives — decisions I may or may not agree with, but which cause me to reflect on my own life. It’s that sort of reflection that allows fiction to become life-changing.

Someone asked me, “You talk quite a bit about mentors in writing and publishing. Who would you say was a mentor in your life?”

I love this question because yesterday was All Saints Day, and in the Anglican church we still talk about the saints and the people in our lives who helped shape us. So I’ll pick one: Brennan Manning. He was much more gentle than I am, and I love how he always tried to move everyone around him toward being better people. He saw faith as something real to be lived out, rather than a set of written behavioral guidelines to follow. He was aware of his own issues, but understood that his problems didn’t exclude him from the Kingdom. And he recognized that he was put here on earth – that we are ALL put here on earth – to be agents of grace, even amidst our sin and struggles. I used to be Brennan’s agent, and when I was turning 40, he shared a profound thought with me– that most people stop growing spiritually before their 40th birthday. Most guys are who they are by the time they reach middle age. So he challenged me to be a better human being by the time I was 50, and to not be satisfied with “just being okay” in my spiritual walk. Loved the man. And he was a mystic, which pleases me no end, since I think a lot of American Evangelicalism is rule-based Phariseeism, all dressed up in a white shirt and hair gel, with little concern for those who are suffering, solely focused on being “right;” and afraid of the spiritual side of faith. Brennan continually tweaked those people, but always seemed to answer them with loving, gentle grace. He left us just a couple years ago, and the two of us had lost touch, but I think the world lost one of its most powerful thinkers when he passed.

Finally, someone asked, “If you were to write a book, what would it be about?”

Well, I’ve written a number of books, but I long ago decided to set most of my own writing aside in order to work on the writing of the authors I have the privilege of representing. I do write on this blog most days, just to keep my hand in it, and I released a couple of books for working writers earlier this year (How Can I Find a Literary Agent and 101 Other Questions Writers Ask and Step by Step Pitches and Proposals). And I’ve got a plan to create a career development guide for novelists, hopefully in the not-too-distant future, plus I’ve also been stewing on some short stories about growing up in a small town in the Pacific Northwest, and I have long planned to work on a book about the Great Schism of 1378 – a passion of mine for years, and one of the single most important events in the history of the church, but long forgotten by historians who prefer to focus on “war” rather than “ideas.” That’s my writing life… but it takes a back seat to my agenting life.

Got a question about writing or publishing? Send it along and we’ll try to think up an answer.