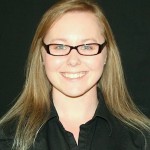 Random Note: We’ve been having some issues with our comments, so if you left a comment in the past few months, I’ll be going through and responding today/tomorrow!

If you haven’t noticed, Taylor Swift is creating major buzz with her gigantically successful album release. (You can read about it at the Washington Post, Billboard, or really anywhere else.) Swift quickly used her ridiculous success to take aim at Spotify, a streaming service that many musicians feel is hurting the industry. But let’s get back to Taylor and her reign…

I found this article about how ridiculously successful her career has been. She is seeing sales numbers that haven’t been seen in over a decade. Her name is right up there with the far-more-gimmicky Lady Gaga…and Taylor is only 24 years old. She doesn’t have gimmicks. She’s not even that great of an actual singer. But she has a brand, and it’s working.

So where am I going with this?

It’s clear that the music industry, an industry wrought with the same issues and hurdles as the book industry, is now in the business of making stars. Sure, they still make music, but it’s the image, the brand, the celebrity of a particular artist that seems to drive that industry.

I tend to believe the answer is yes.

Sure, we still have authors breaking out based on their books and nothing else. But then we have John Green…

He’s not just an author. He’s a vlogger (he does this as an unrelated venture to his author career, though he does talk about his books every now and then). He works with Mental Floss. He’s an intellectual. He has a brand that is so much more than this printed books and words on the page. And in a genre that has seen many many hits, John is the only author that I can think of to have consecutive hits that aren’t part of a trilogy or series of books. He writes standalone novels. And he’s kicking butt at it.

Remember, JK Rowling and Stephanie Meyer both tried the standalone approach…and it was a struggle for them.

In poking around John’s site, I found this morsel of wisdom (bolded emphasis mine):

Q. How have YouTube and other social networking sites changed your life?
A. If it weren’t for youtube, I wouldn’t be best friends with my brother. I wouldn’t have the words “New York Times bestselling author” associated with my name. I wouldn’t have a way to join forces with other people and pool our resources to build huge water filters for villages in Bangladesh, and I wouldn’t be able to meet those villagers over video and come to know and care about them as people and not just two-dimensional images of poverty.

Here is my challenge to you: If this is an age in which artists must also be celebrities…if what we’re seeing in the music industry will eventually trickle down to the book industry (if it hasn’t already), then WHAT IS YOUR PLAN?

What’s your brand? What’s your angle? Who are you in addition to being an author?

Marketing your heart out is great, but it’s nearly impossible to do if you are no more than a book cover.

The reclusive ways of Salinger and Harper Lee simply will not work. So let’s talk about this issue of brand…what’s your brand? Do you even have one? And if not, how can I help you figure it out?