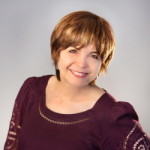 Beth White is the author of numerous novels, including the bestselling Gulf Coast Chronicles series. Her most recent book, The Magnolia Duchess, releases next month.

This week I have been on vacation. My next book deadline is not until August. So I have taken the opportunity to crack open a bunch of ebooks I’ve downloaded for free through an email reader service. A couple of days ago I started a YA contemporary romance (I’m a fan of the genre) by an author I’d never heard of before. The premise looked interesting—up-and-coming rock star from the wrong side of the tracks falls in love with a childhood friend—and the author was touted as “best-selling” (though on what list, I couldn’t discover). I thought I’d at least give it a try.

I am a prolific reader, have been since I was big enough to sit in my daddy’s lap and read the funny papers with him. I am also a very critical reader, and it has gotten worse since I started
studying the craft of writing fiction when I was in my late twenties.

I know this about myself.

Actually, I guess most people who read a lot consider themselves discriminating. We develop a unique reader’s palate, and even if we read in a wide variety of genres (which I do), we expect a certain level of proficiency in spelling and punctuation, grammar, usage, vocabulary…and the ability to sustain a believable plot with compelling characters and a certain level of accuracy in research. When I discover an author who can meet those basic expectations—and provide that lovely lagniappe called voice—it is a beautiful thing. I want to tell everyone I know that they have to read this book right now!

As a multi-published author, I also know the deep sting of critical reviews. And so I rarely write and publish reviews anymore unless I absolutely love the book.

Which is why I’m writing this blog post instead of a review.

Back to that YA romance I mentioned earlier… There was so much to like about it, not least of all the strong Southern voice. The characters—all of them—were distinct, real, and interesting, with well-developed backstories judiciously introduced so as not to feel like a “dump.” The dialogue crackled with undertones of humor and emotion, and for the most part moved the plot along. The setting brought a sense of place and familiarity, grounded the characters, and (to me at least) didn’t bog down the story.

There are literary twitches that really bug me. First person, present tense narration is one of them, because it reeketh of pretentiousness. In this case, the voice and the characters outweighed that, so I kept reading. Then I noticed the narrator kept calling the hero “the boy” or “the man.” Over and over until I wanted to yell at her, “Call him by his name already!” And then she started calling him by a really goofy nickname—alternating with “the boy” or “the man.” I winced every time, but by that point I was curious to see where the plot was going, so I stayed with it. Plus, that voice.

Another thing that made me cringe for over 300 pages was an egregious misuse of syntax and vocabulary. As the illustrious Inigo Montoya said, “You keep using that word. I do not think it means what you think it means.” For example: “I had to refrain myself from…” More than once. You’d think an editor would catch that. Typos and repeated words (in moderation) don’t bother me, because I know that happens, even in traditionally published books with boatloads of editors. And bad grammar in dialogue is…well, that’s dialogue. Doesn’t count. But a first-person narrator who is supposed to be an accomplished writer, yet speaks like a hick in the prose…I’m left scratching my head.

And there was a plot device that made me want to throw my iPad across the room. In a first-person story, you just cannot hide life-altering information from the reader, at least not over a period of years. Sooner or later the character has to think of that life-altering thing. Sooner or later another major character will question it. Otherwise, the reader feels cheated. It’s not cool, it’s not clever, it’s not surprising—it’s just lazy. I would rather have watched the hero and heroine face and work through those dramatic events on the page than have it all spilled at the end like a magic Disney reveal. There were two of those omitted events (one of which I had suspected early on, so the reveal was just annoying; the other was a “huh?” moment). Judging by the Amazon reviews, which I read after I’d started skimming the last half of the story, I am not alone in my outrage.

So if it bothered me this much, why am I writing this rant without naming the book or the author? After all, I didn’t spend any money on the story. All I wasted was a few hours of my time. And I could have stopped reading at any point, shrugged my shoulders, and moved on to a book I actually purchased by an author whose work I always enjoy (or—perish the thought—work on my own novel. Ahem.).

Why? I’m writing this because of that voice. I would love to have caught this writer before the book was published and encouraged either waiting to catch the attention of a traditional publisher whose editorial staff might have fixed some of those problems, or hiring a reputable freelance editor before self-publishing. This could have been one spectacular novel.

Of course I might be making all kinds of assumptions, but I don’t think so. I’ve been in the publishing industry long enough to have seen this scenario play out again and again. A very talented writer is getting close to being offered a traditional publishing contract. But slots with traditional houses are shrinking, the self-publishing scene is exploding and making lots of writers a little bit of money, and it is very hard to be patient. After all, how do you know for sure when your work is ready for prime time? There are a lot of vanity scammers out there who will offer publishing contracts that tie up an author’s work and net them zero return. There are a lot of agents-in-name-only who will express enthusiasm for a work and yet produce no real leads for the author. There are friends and family who will, with all the best intentions, rave over a book (after all, they say, it’s better than most of the dreck out there—which may be true) and encourage the excited author to “just throw it out there on the internet” and see what happens. Plenty of people do that. They learn as they go, the next book is usually better (though sometimes worse, because ego often gets in the way), and there’s the rush of being able to say “I wrote and published a book.” Besides, it worked for Andy Weir, right?

But here’s the thing, y’all (and I can say that because I am a real Southerner). Yes, in this brave new publishing world there’s a ton of dreck out there, which is fine and dandy—no skin off my nose, I don’t have to buy it. But I am sad and a little mad that this book, which had the potential for being a real favorite for me, forever ruined my trust for the author. I’m not going to buy any more of his/her books because I don’t have time to waste.

So I’m writing this little blog post as a cautioning word to aspiring authors who are “almost there.” Your family and close friends and people at church adore your stories. You were a star in your creative writing class. You are getting some good contest feedback. You’ve had a couple of agents express interest. It’s been a year or a few years since you started writing seriously. Maybe you have three or more novels completed, and you know you’re getting better.

Here’s what I encourage you to do. Develop a mentorship with a writer whose work you admire, someone who’s been in the business for a while. Make sure it’s someone who otherwise has no emotional attachment to you. Don’t immediately ask them to read your work, but when they offer, let it be on the condition of brutal honesty. And then, with a bold mixture of humility and confidence…listen. Let them point out the brilliant elements of your work (trust me, you’ll need that, to keep from axing what ought not be axed), let them nail the weak or soft spots and pester the daylights out of them until they give you suggestions on strengthening them. Don’t settle for mediocre.

Particularly if you are consistently getting noticed for voice. That is a rare gift that must not be squandered. 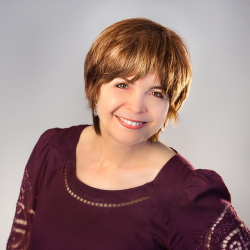 Beth White is the author of numerous novels, including the bestselling Gulf Coast Chronicles series. Her most recent book, The Magnolia Duchess, releases next month.