In the past few months, I have done developmental edits, line edits, or rewrites on over twenty novels, and assessed at least a dozen more for marketability. I’m now partially blind in one eye, and I occasionally twitch for no reason, but it’s been time well spent, working with some amazing storytellers.

If you are in the midst of writing your own novel, you might find it interesting that the most common editorial issue I encounter is the inconsistent use of point of view. I know it can be hard to maintain in longer manuscripts, which I view as a normal writing stumble — and job security. But I think sometimes newer authors are making pov mistakes repeatedly because they are not considering the flow of action and thought from the reader’s perspective, how illogical shifts can be disorienting.

“I tucked the gun in my pocket, walked in the office and shut the door, leaving Jim in the hallway. I noticed the raincoat on the floor beside the desk. Jim opened the secretary’s closet, moving old jackets and sweaters aside as he searched for the raincoat.”

This first person voice cannot see through walls or read minds (at least not in this story), so how does he know Jim is digging through the closet? He might know he TOLD Jim to dig through the closet, but Jim could just as easily have been distracted by a donut sitting on top of the waste basket. Of course, this also holds true if perspective shift happens in a third person narrative.

“Todd tucked the gun in his pocket, walked in to the office and shut the door, leaving Jim in the hallway. Jim opened the secretary’s closet, moving old jackets and sweaters aside as he searched for the one piece of evidence that might save his life.”

Yes, there is such a thing as distant, omniscient third person point of view where this last example might work, though I would still transition the reader from the office to the hallway, adding something like, “Jim frowned at the closed door. Not knowing Todd had found the coat, Jim walked across the hall to the secretary’s closet . . .”

However, in my humble opinion, the bulk of books being picked up by traditional publishers today are using first person point of view, or third person point of view told from the perspective of one character at a time. Shifts in view point are visually cued by extra space breaks, with or without something like this ********, or by starting a new chapter. Luckily for most authors, these two pov’s are the easiest to maintain.

“Todd tucked the gun in his pocket, walked in the office and shut the door, leaving Jim the hallway.

Jim frowned at the closed door. Not knowing Todd had found the coat, Jim walked across the hall to the secretary’s closet, moving old jackets and sweaters aside as he searched for the one piece of evidence that might save his life.”

New authors struggle with consistent pov more than the varsity players but no matter your level of expertise, if you’ve just kicked out a 300-page document, you might want to do a re-read with point of view in mind. Sometimes the shift is just in one paragraph, sometimes it’s a bigger chunk. If you are sticking with the distant third person pov, think about how the movement from character to character is being transitioned for your readers. For good examples, read classic authors who have used this perspective beautifully. You know, Dostoevsky. Marquez.

Of course, it’s not as if the occasional misstep with a viewpoint is the end of the world, not when you’ve got professional editors on stand-by via the amazing world of the internet. As an editor, I am certainly not discussing pov errors here because I’m trying to be smug or condescending, not when I’ve gone through the process myself. I like reading un-polished manuscripts. I like helping other authors with the finishing steps. I appreciate the behind the scenes, down in the mud, hard work that it takes for an author to produce a story, especially one of merit. I think most professional editors feel this way.

I wish you all the best of luck in your writing journey. Break a pen! 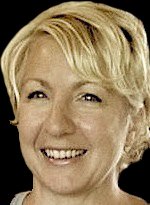