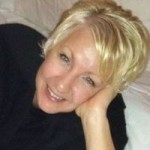 Guest writer Holly Lorincz is a  professional editor and owner of Lorincz Literary Services. New York Times Bestselling author Vincent Zandri says of her, “A great editor not only points out the gaffs in a manuscript, but also helps you, as a writer, realize the enormous possibilities that exist within the text. That is Holly Lorincz.”

Are you getting ready to send a query?
Attending a conference?
Has a literary agent or acquisition editor asked to see your book?

Here’s a list of tips on how to whip your manuscript into the right shape.

Agents and acquisition editors often have specific format settings they require on manuscript submissions. Sometimes these paradigms are listed, but, more often, the editors expect you to have ESP, assuming you will magically know what they want (just like you should already know what is expected in query letters and proposals). There are a ton of websites and books devoted to formatting advice, including how to make those changes, so I’m just going to give you a quick and dirty list of things I know, from experience, will be helpful. Please note, these are not the same settings you use when formatting an ebook—just one more example of the war between publishing houses and Amazon.

IN THE BEGINNING THERE WAS WORD, AND IT HAD SETTINGS. AND IT WAS GOOD.
And, boy, have these settings evolved. This is not the double-spaced, stretched justification from your (technological) youth. Of course, it’s best to set up your document before you begin . . . but who really does that? You usually hammer out least forty-five pages before you realize you forgot to set chapter headings or change the font from Cambria. So, let’s say you’re a good chunk of the way into your masterpiece, or you’re done. Just “select-all” and make the following changes to your Microsoft Word doc., which you will be sending as an email attachment. One attachment. Meaning, do NOT send the chapters as individual attachments, nor mess around with anything other than Word. Automatic death sentence. And, for the love of our dwindling carbon-sucking trees, do not send a paper version.

This is not a list set on a stone tablet. Always be sure to check for quirky requests on submission forms. For instance, there are probably still two people out there, somewhere, who prefer pdf’s over doc’s, and you know there’s some old guy hunched over a press, demanding 14 point Garamond font. So do what your teachers told you to do, read the instructions. And here are mine:

• Use 1″ margins. Word comes preset with 1.25″ margins, a programmer’s revenge against Ms. Habernathy and her weekly five page English essays.

• Double-space your text, including the Chapter Headings.

• Single Space and indent block material like letters or speeches, or, in non-fiction only, direct quotes longer than five lines.

• Indent with paragraph returns only; absolutely no tabbing and (grrrr) space-barring to create paragraph indents.

• No extra spaces between paragraphs. Sometimes Word’s default automatically adds the extra line, so you’ll need to re-set that feature.

• Change multiple fonts to one: Times New Roman, 12 point, black. Some editors don’t care about mixed fonts or sizes, but most do. And all editors hate colored, curlicued, specialty fonts for chapter headings, title pages, or, especially, the text. Seriously. All of them. That’s because the hodge-podge of fonts, sizes, colors and random text boxes remind them of their middle school newspaper . . . and editors were book nerds even then, thus they do not have fond memories of the lonely, bruised middle school years.

• At the end of each chapter, insert a page break. Do not tab or space down until the cursor is forced to the next page. This screams, “Hi, I’ve never written a book before.” Unless you’re John Grisham, then it screams, “Hi, that’s what my editor is for.” Are you John Grisham?

• Only one space between sentences. This is a tough one for those of us who grew up with the typing teacher crying out, “The cat ran through the door (period) (space) (space),” as your clumsy fingers clacked away on the typewriter. But, now, the computer  automatically adjusts stuff (my technical term for it), so editors only want one space.

• Chapter titles should be bold, and best if they are in caps and centered. You can increase the size from 12 to 14 point, but totally not necessary. You can create a setting that will automatically do this with your headings after a page break.

• Use italics, never underline, not for emphasis or titles.

Some publishing houses have even more specific requests. Knowing houses want these settings, it doesn’t hurt to go ahead and apply them anyway. Frankly, they are only asking that we straighten up, get our act together, and adhere to The Chicago Manual of Style.

• The first line of every chapter (or after an internal transition) must be flush left, with no indent. I’m not a big fan of this requirement, but there ya’ go.

• Transitioning within a chapter (i.e. to show a shift in point of view or time) should not have a bunch of forced spaces, instead there should be a centered string of bold asterisks (******), with no extra line spacing.

• Sticklers will want only the em-dash, with no spaces on either side: ebook—just

• Quoting/dialogue: I’m not going to get into the various dialogue punctuation rules (see the online Chicago Manual), but your basic dialogue, and dialogue within dialogue, should look like this (pay attention to the spacing): Bob turned to me, continuing his story. “And then I yelled, ‘You are one ignorant fool!’ ” Jennifer interrupted him, saying, “He said you called him a genius at least fourteen times, that you even claimed, ‘I wish I was half as smart as you.’ So, which one of you is the liar?”

• Consider paying for a professional proofreader. If some editors or agents catch one whiff of extra lines, tabs instead of paragraph returns, mixed fonts … well, they may send your manuscript back and ask for it to be formatted properly, but most likely they will set it aside and pick up the next ms from the huge pile in front of them.

• MOST IMPORTANT OF ALL: you are not designing a book. You are submitting the equivalent of a very long essay or paper. The content is the focus, which is why the formatting has become standardized. Designing fancy art for the first letter in each chapter of a suspense novel is a waste of time on a manuscript.

Finally, yes, you can hire a service, like my own Lorincz Literary Services, to create a professionally formatted document . . . but it’s probably not necessary for most writers who’ve used Word for awhile. Most of the above suggestions can be figured out, fairly intuitively, by dinking around in your menus. And don’t forget to use the online Chicago Manual to answer style questions; the search option on their site is a thing of beauty.

You can ignore me, or you can assume you’ve made all the correct setting modifications, or you can get on board the reality train, and recognize that demons live in your computer and will mess with at least one paragraph, somewhere—it’s probably in the first fifty pages, and it will look just fine on your screen.