What are you afraid of? This was the question I pondered several years ago as I considered giving writing another shot. I’d been writing stories all of my life, but never shared them. One of my worries was that I would offend someone—especially someone in my family. But I also knew that to write a great story, I must be willing to take a stand. If I tried to please everyone, I’d end up with a mushy mess. 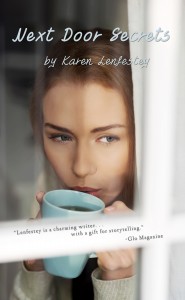 Recently I heard New York Times best-selling author Elizabeth Berg address this same fear. When she wrote her novel, DURABLE GOODS, about a child afraid of her dad, she worried how her father would react. She asked her mother to serve as a buffer and remind her dad that “This is fiction.” Well, her father didn’t see it that way. Elizabeth Berg admits things were a little stilted between them for a while. But in the end, they had a frank discussion about her childhood and they grew much closer.

This is probably the best case scenario for an author. Personally, I’m not that brave. To err on the side of caution, I decided to create characters so different from my family that no one could be hurt. In my first series, the main character’s parents are no longer alive. And instead of a brother, she has a sister.

But I’ve also found that when I base a character on a real-life person, they tend to become three-dimensional so much easier. Sometimes I think of someone I know, write the character, then change the physical attributes, quirks and of course, the name. In the end, I’m the only one who knows who inspired me.

So, I figure I’ve played it safe. No one can accuse me of slander or misrepresentation. Right? Yet my mother-in-law asked if the mother-in-law in my books is nice or mean. Wait a minute. I wasn’t thinking of her when I wrote those characters. (Let me just say that I have a kind mother-in-law no matter what my books represent.) But this was a scary reminder of what I risk every time I publish something.

What happens when my daughter is old enough to read my novels? I have to admit she has influenced the children in my stories. The fact that she wanted a telescope for Christmas (which made me so proud) or the fact that she said she swims not like a fish, but like a mermaid (which made me laugh) or the fact that she needed special tutoring to overcome her dyslexia (which broke my heart). In one ironic twist of fate, I wrote of a child who fell asleep chewing gum and woke up with it stuck in her hair. A few weeks later, my daughter actually did this. Once I got over my case of deja-vu, I re-wrote the scene and had the mother work much harder to try and remove the goo before resorting to cutting it out.

Will my daughter someday be mad that I wrote about her misdeeds? I hope not. The truth is I’m a better writer because of her. I owe her so much for opening my eyes to the struggles and joys that motherhood entails. Were it not for her, I wouldn’t be able to relate to a large part of my audience. Were it not for her, I wouldn’t realize what a crazy, emotional roller coaster parenthood is. I used to lean heavily toward the “nurture” camp, but now realize what a wild card DNA is. Who really knows if they’re making the right decisions when it comes to their kids? It takes eighteen years to see the results and even then, are they a finished product? I think not. Oh, this motherhood thing is a challenge! Fortunately, struggle is what makes a good story.

So, if you’re afraid to write because you think you’ll offend someone, just start writing. There’s no guarantee that even if you produce the most innocuous story, you won’t bother someone. Do your best to alter names and any other obvious identifiers, but then go for it. The truth is, the point of literature is to evoke emotion. Some people will love your work and some people will hate it. C’est la vie.

For all of my efforts to write about people that were not at all like my family, here is what my mom said when she finished reading my novel, A SISTER’S PROMISE: “OK, which sister was you and which one was your brother?”

Neither. Both. I’m not saying. 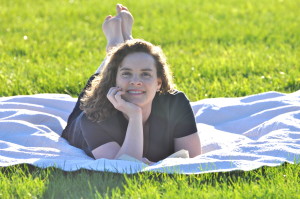 Karen Lenfestey, a Midwest Writer’s Fellowship winner, writes “happy endings with a twist.” She has just published her fourth novel, A WEEKEND GETAWAY, which begs the question, “Should Bethany track down the daughter she’s never known just to give her bad news?” To receive a free copy of the prequel, FRIDAY A LA MODE, visit www.karensnovels.com.