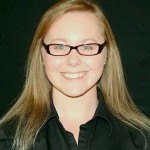 Have you ever said or heard a published author friend say the following?

“I have to write this spin-off book because my fans are demanding it.”

“I don’t have time for marketing right now, because my fans are going to kill me if I don’t get them the sequel asap.”

“My readers won’t stop bothering me about my character Jack! They want a book about him and I’m stressing out because I don’t know how to fit it into my schedule.”

The pressure readers can create is impressive. But it can also be distracting.

Let’s say you’re a rock star and you’re in a big arena doing a concert. You get done with a song and are about to move on to the next one on your set list when a group of fans in row two demand a very particular song from one of your lesser-known albums. What do you do? Do you obey them at the risk of making everyone else in the stadium frustrated at you for replacing a known and loved song with one of your b-side tunes?

Or let’s get even more specific. Let’s say you were a writer for the show The Office. From season one, fans were chiding you about getting Jim and Pam together. Would you have given in to their demands even though you knew that if you dragged it out for a few seasons, it would be even more rewarding?

In both of these cases, it’s easy for us to answer with resounding NO’s. Of course you wouldn’t force a stadium full of people to listen to requests made by a few. And DUH you wouldn’t rush an on-screen romance just because avid fans are demanding it. Doing what people want when they want it is rarely the best option.

So why do new authors bend to the pressure put on them by readers?

You may think I’m joking, but I’m not! I’ve talked with countless authors who are very vocal about how their fans are demanding this or that. And in those conversations, the author, if their fan base is modest or if they’re relatively new, want to rush to comply.

But doing what fans want when they want it can derail your author career.

Don’t get me wrong. I think it’s great when readers are so passionate about and connected to a work that they feel entitled to more of it. BUT! An author should never forego career goals or marketing efforts or other important goal-related things for the sake of appeasing a few fans.

Whenever I hear authors talk about this pressure that their fans have created, I tell them to do three things:

Remember! A few emails should not take precedence over your career.

Have you struggled with feeling as though you should appease readers? How did you handle it?