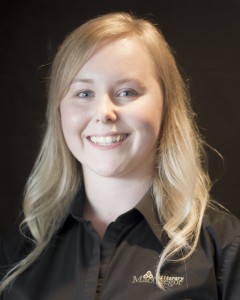 Some readers of this blog have mentioned that they don’t really know what Twitter Parties are, let alone how to run one. So let’s unpack this very useful promo strategy and then next week we can go over what makes Twitter Parties successful.

A Twitter party is exactly what it sounds. It is an online party that takes place on Twitter.

Here’s how it works…

An author or a company or someone who wants to promote awareness or buzz for their product, sends out party invitations through blogs, forums, Facebook, etc. They give the party a specific time, as well as a hashtag, and they advertise prizes.

Those who want to participate (usually to win free stuff), merely need to log on to Twitter during the hours of the party and begin watching for that particular hashtag (they can do a hashtag search on Twitter, which will pull show them the Tweets that include that hashtag in real time, or they can set it up through whatever Twitter program they use to filter Tweets). But anyway, the idea is that people join the party using the provided hashtag.

The host(s) of the party will keep things moving along, chatting with participants and running giveaways and interviews with featured guests. The key, though, is that every Tweet must have the party’s hashtag within it. Otherwise, the Tweets won’t make it to the party-goers’ feeds.

Eventually, after an hour or so of fun and chatting and giveaways and interviews, the party ends and the hosts sign off.

Why does this work?

It gets people talking about whatever you want them to talk about! Let’s say the focus of the party is your book’s release. If you advertise enough and plan it out, you could very well have hundreds of people talking about your book via Twitter for 1 or 2 hours! During this time, you can give them links and ask them to RT things. This way, you aren’t only reaching them, but their followers as well. So it’s a nice way to get buzz. And if you really hit it big, your hashtag could very well begin trending on Twitter. That means that random people on Twitter would see it and possibly enter in on the conversation.

The downside is it can get expensive. But that’s why you have to be creative with your incentives. Don’t always give away gift cards and electronics. Invite experts in for a Q&A or use the time to “live stream” a favorite tv show, making Twitter comments on the show as it airs and then doing giveaways every commercial break.

I realize I’m just skimming the surface here, and we’ll go more in depth next week, but what questions do you have? Have you found success with Twitter parties?