Okay, so my recent posts (here, here, and here) on the bankruptcy, reorganization, and sale of Family Christian Stores (FCS) has created a bit of a stir. Four publishers wrote me to say thanks. Several independent bookstores wrote to tell me I’ve not told the whole story. And a few folks wrote in to say, in essence, “Why are you picking on Family Christian Stores? Don’t you want them to stay in business? And don’t lots of businesses go through bankruptcy?”

I think there are four things to note…

First, this isn’t your typical bankruptcy. Look, I’m a small businessman. I know that 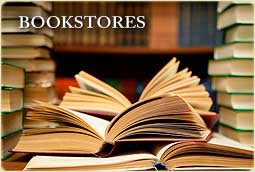 sometimes the market can turn on you, and you lose money. I had a friend who went big into microfiche, just as the ‘fiche industry was made obsolete by digitalization. Tastes change, technology creates new products, and a business can suddenly be facing hard times. Um… that’s not what’s going on here. According to vendors, the folks at FCS were ordering products in, knowing they were not going to be able to pay for them. Some small businesses delivered orders within days of FCS shutting down — and they have claimed the company simply had to have known it was receiving product for which they’d never pay.

The worst example? Bibles — and at least two publishers have said to me, “This was all about Bibles.” Of the $14 million FCS owed to publishers, about $10 million of it was in Bibles. The vast majority of money they owed to HarperCollins was for Bibles that Family had ordered in. So look at the money for a moment… FCS orders in $10 million in Bibles. But instead of paying ten million, they end up, after their re-org, paying roughly one-and-a-half million. AND they get to keep that product and sell it at full retail price, so somewhere in the neighborhood of $20 to $25 million. This is why a couple of the publishing houses insisted they be paid full value for all books ordered in the last three weeks before FCS files for bankruptcy — because some publishers felt they were being scammed. So, in my view, this isn’t all due to a change in the market. (Of course, there’s also the weirdness of having the owner of FCS turn around, create a new company, and buy out his own company in order to save millions… something everyone is holding their noses over.)

Second, the reaction of FCS administration was shockingly off-kilter. We all got to hear CEO Chuck Bengochea declare this was “God’s plan” and state that he was “celebrating.” Worse, he went back to an earlier company line about using money to help “widows and orphans.” Try to read that and not want to barf as you think about the various companies that went out of business, the publishers who lost millions, and the authors who aren’t getting paid for their books. Or think about the fact that FCS is going to shut down stores and lay off workers, even though they’ve argued repeatedly that’s not going to happen. Hey, Mr Bengochea (who was reprimanded by the judge for making a late night call to the owner in order to apparently work a backroom deal) may be a wonderful human being, but his tone-deaf response and that incredibly stupid-sounding “we’re just in it for the ministry” jingoism makes him look like an out-0f-touch corporate raider. How about a bit of “we take full responsibility” or “I’m sorry for the people we hurt”?

Third, the lack of reporting on this story, particularly among religious media, has been appalling. I’m not sure what Christian magazines and news sources are hoping to gain by not being clear about this story, but have a look — there’s been very little in print. Maybe it’s that whole “we’re all Christians so we don’t want to hammer each other” mentality. Perhaps it’s simply, “If we say something, FCS may not carry our products any more.” I don’t know… but in my view, a lot of people should be ashamed for failing to report on this. I’m no crusading journalist, but I don’t want to sit on the sidelines while the authors I represent and the publishers I do business with get taken for millions of dollars.

Fourth, I’m not rooting for FCS to fail… I’d just like them to be held accountable. I represent authors whose books sell in their stores, and losing all that shelf space would be painful — just as it was painful when Borders closed a thousand stores. (Of course, nobody at Borders was claiming they were going to be giving their profits to widows and orphans.) So I’m glad FCS is remaining open, at least for a while. I’m also a fan of all those great indie bookstores out there, including the member stores that are part of the Munce Group, the Parable Group, and the Covenant Group — all indie-owned, and mostly appalled at the behavior of FCS. Of course, I hope this spurs CBA publishers to stop being quite so brick-and-mortar focused, but my reason for writing about this is basically because it felt like nobody was telling the story. I love this business, and if you’re really involved it you’re going to hear both the good and the bad. If you only want to hear good news, I guess you should stop reading my blog… and maybe you could start reading “The Bengochea Celebration Blog.” No doubt it’s happy. And there’s probably a button so that you can contribute to all those widows and orphans.